CEO and Co-Founder of JDog Brands 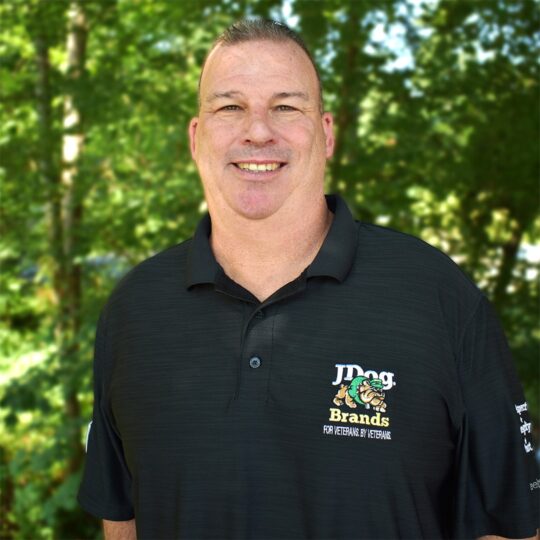 Jerry is an Army Veteran and entrepreneur who, along with his wife Tracy, have created a national Veteran brand dedicated to empowering Veterans through entrepreneurship. Rooted in the Military values of Respect, Integrity, and Trust, the JDog®️ Junk Removal & Hauling and JDog®️ Carpet Cleaning & Floor Care franchise systems have become a nationwide movement, creating business and employment opportunities for Veterans and Veteran family members.

Jerry launched the first JDog Junk Removal & Hauling franchise in 2011. It was a two-person operation – Jerry hauled junk and Tracy managed the back office. As a Veteran, Jerry gained trust and credibility with customers quickly, and referrals came easy. Within a year, he had more business than one person could handle and began hiring local Veterans who embodied the brand’s values.

Through Jerry’s vision and leadership, JDog Junk Removal & Hauling has since grown to hundreds of locations, 90 percent of which are Veteran owned. To date, the company has created more than 1,000 job opportunities across the United States.

Jerry served in the Army from 1987 to 1989, and the National Guard from 1991-1993 and finished at the top of his class. He was awarded the Army Achievement Medal. Since transitioning back to the civilian world, Jerry has committed himself to helping Veterans be successful in business. He teaches an entrepreneurial boot camp for Veterans at St. Joseph’s University, and at Boots to Business for Veterans, an entrepreneurial program offered through the U.S. Small Business Administration. He is a Strategic Advisor for Grunt Style, a Patriotic apparel company committed to creating a quality product while supporting the Military and First Responders communities. He also sits on the Board of Directors for the Grunt Style Foundation. Jerry is also a member of the West Point Society of Philadelphia, the International Franchise Association, and VETFRAN, which provides access and opportunities in franchising to Veterans and their spouses.

Jerry also founded the JDog Foundation, whose mission is to support Military Veterans and Military Veteran-related causes – with a particular focus on Veteran suicide prevention and PTSD.