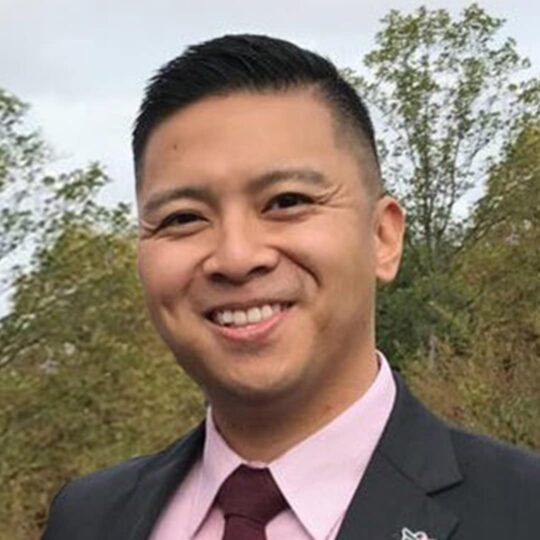 Carlo Aragoncillo was born in Yokota, Japan – his father’s first United States Marine Corps duty station. At the age of three, his family relocated to Philadelphia where they lived on the Philadelphia Naval Shipyard for several years. Carlo’s family later moved to Deptford, NJ where he graduated from Deptford Township High School. He went on to earn a Bachelor of Arts degree in Forensic Psychology from Fairleigh Dickinson University in 2007 and a Master of Arts degree in Criminal Justice from Rutgers University-Camden in 2010.

Carlo joined the United States Army in October 2011, and attended Basic Combat Training at Fort Jackson, SC and Officer Candidate School (OCS) at Fort Benning, GA. Upon commissioning from OCS in 2012, Carlo commissioned as a Signal Corps Officer. During his career, Carlo served as a Battalion Information Technology Manager, Platoon Leader, and Direct Signal Support Team Officer in Charge (DSST OIC). He assisted the New Jersey National Guard 1st Battalion, 114th Infantry (1-114th IN) during state active deployment in response to Hurricane Sandy in 2012. Most recently, he deployed to the Middle East in support of Operation Spartan Shield (OSS) and Operation Inherent Resolve (OIR) from 2016 to 2017.

Carlo continues to serve as a Captain in the U.S. Army Reserves and was recently appointed as the Company Commander for Bravo Company, 392nd Expeditionary Signal Battalion. Among his awards and decorations, Carlo has earned the Meritorious Service Medal, Inherent Resolve Campaign Medal (with one campaign star), and the Global War on Terrorism Expeditionary Medal.

Prior to being selected as the Director of Philadelphia’s Veterans Advisory Commission, Carlo worked as a project manager specializing in IT Infrastructure and disaster response. Carlo and his wife, Shelley, live in South Philadelphia.